I arrived in Japan a few days ago and I had some troubles regarding my Visa card, money, finding my apartment, etc.. I'll spare you the details, but at least you should make sure to withdraw some money before you go to Japan, or have enough in your own currency to exchange in Japan. Don't count on your card working in ATMs here (not Visa, at least). However, if you're having troubles with your card and cash, you can order pretty much anything (food, drinks, clothes, etc) from Amazon in Japan.

Something I thought was interesting, was that 3 people in total helped me on my way from Shinjuku station, to the entrance of my apartment. No, the interesting thing is that all of them were foreigners who had been in my situation. Japanese people appear to be a little afraid of foreigners (because of the language). Most of them don't speak English, and many the ones who do, don't speak it very well. It's good to learn a lot of Japanese. 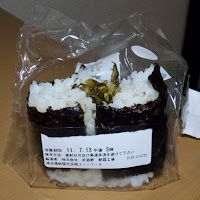 I already thought it was hot and humid here, and yes, it definitely is. Even Japanese people who have lived all their lives in Japan seem to have troubles in this weather. I have an air-conditioner in my room but I haven't used it (to conserve energy, and I also heard that people die while using it).

Oh yeah, I also read that Shin-okubo (the area I live in) is slightly more "dangerous" (true or not), but I haven't seen anything dangerous yet. Not even while trying to find a convenience store in the middle of the night. However, I read something about bike-snatchers. Missed the last train? Snatch a bike! I read that police officers patrols and stops people on bikes after the last train. Interesting.

As I started to get more familiar with the trains, I took a walk in Shinjuku yesterday. I'll post videos in a bit. :)
Posted by Steffen at 13:49